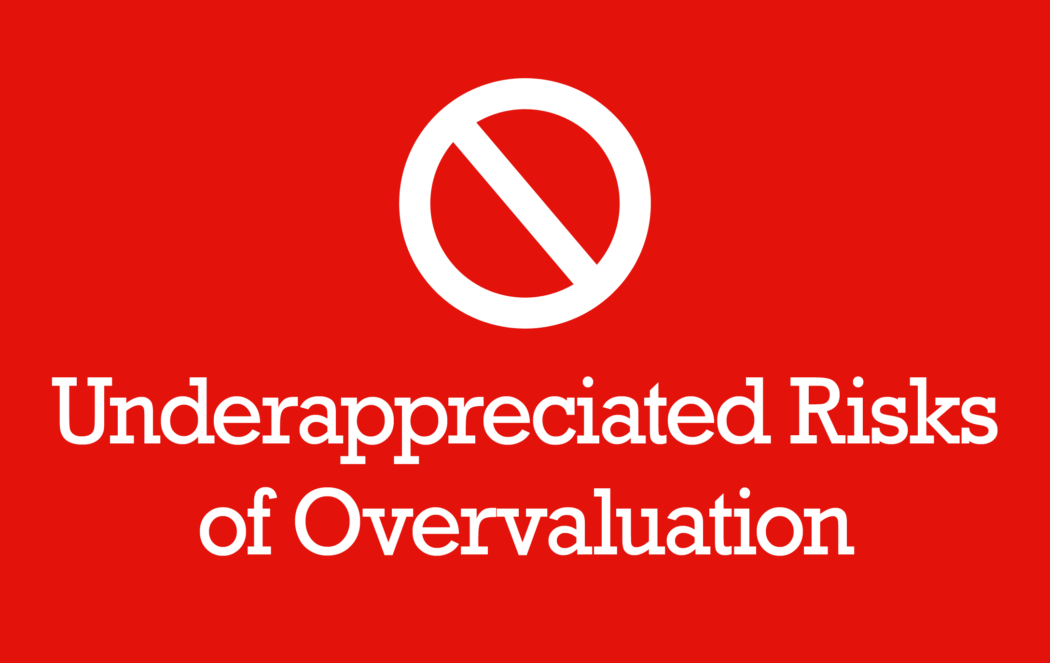 Everyone loves a bargain. The quest for value has transformed businesses, industries, and entire economies. Some might say that a good buy represents the core pursuit of the Western civilization. More, cheaper, better.

Too bad for investors bargains are a rarity in today’s public markets.

Still, if the goal is to avoid heartbreak, loss and despair, investors can’t afford to love stocks at every price. The reason is simple. When a company’s stock is overvalued, management is unlikely – in the absence of sheer fortuity – to reliably and legally generate results that will justify its price.

Overvaluation is more than an unattractive byproduct of free-market economies. In fact, I’d argue that it is the primary driver of long-term value destruction. Even the most fleeting glance at history affirms this truth. Whenever investor expectations are impossible to meet, bad behavior will fill the void.

On June 27, 2017, U.S. Federal Reserve Chair Janet Yellen made a statement that is certain to become notorious: “By standard metrics, some asset valuations look high but there’s no certainty about that.” Yellen meant well. She wanted to reassure investors that frothy valuations are no reason for concern. To drive this point home, she added that she does not believe that there will be another financial crisis for at least as long as she lives.

She will realize that she’s wrong in the not so distance future. Here’s why: Risk and leverage was not eliminated – only transferred (i.e. the growth of shadow banking spurs risks of a new credit crisis). Moreover, financial markets are at risk of a persistent bias that distorts valuations. This, in turn, creates self-reinforcing boom-bust loops. In itself, this value distortion is not a bad thing.

Except when investors set a bar that companies cannot meet.

What managers do in that situation is simple. They put in place strategies that encourage investors to believe that management will continue to generate the market’s expected performance. Even if they know that those initiatives will fall short.

Many market participants propagate the view that short sellers are malevolent, un-American opportunists who prey upon and profit from economic destruction. This is a dim and corrosive predisposition. Not only is it inaccurate but it incites a moral hazard that facilitates the formation of frauds, fads, and failures.

It is vital that individual responsibility is not excised from American capitalism.

Several conceptual frameworks investigate why corporate insiders engage in fraud. From a criminology perspective, white collar crime, like other crime, revolves around three factors: A supply of motivated offenders, the availability of suitable targets, and the absence of effective guardians.

While not every overvalued public company will drive its executives to commit fraud, it’s worth noting that operating performance tends to deteriorate in the year before a fraud begins. Put another way, executives who commit fraud seem motivated by a desire to avoid large share price declines.

In the case of WorldCom, executives manipulated the company’s financial results by improperly releasing certain reserves against operating expenses and by reclassifying certain operating expenditures as capital expenditures. Through these manipulations, the company was able to continue to show a profit. Even though this was not the case. Another example is the collapse of Enron. Like WorldCom, Enron’s success was a mirage which resulted in investors losing more than $60 billion.

In a perfect world, a company’s accounting should be an accurate reflection of how it makes and accounts for money. The problem is that a rule-based accounting system leaves a lot of room for companies to get “creative”. In many ways, a rule-based system incentivizes executives to circumvent the rules. This becomes obvious once we realize that there has never been a major fraud where the auditors didn’t sign off on the financial reporting.

Companies with overvalued equity and fad businesses are prone to spend large sums for trendy capital investment projects without a clear path to sustainable long-term profitability. What makes fads so dangerous is their “originality” factor. This imaginary moat imparts a significant valuation premium to the company while discounting the risks of a business that is highly sensitive to changes in consumer tastes.

Recent examples of consumer fads include Crocs, Heelys, and Fitbit. Crocs went public in 2006 at under $15 per share. In less than two years, the stock hit an all-time high of $75. A year later, Crocs was trading at less than $3. Heelys and Fitbit shared a comparable boom-bust trajectory.

With most fads, the underlying theme is rooted in an increase in competition and changes in fickle consumer tastes. With Crocs, the competition came from generic rubber sandals that sold for half the price. Heelys and Fitbit were in a similar situation in that competitors moved in and consumer tastes moved on.

Even though fads are often confused with trends, they are actually dissimilar. Trends tend to persist over the long term and are generally based on a change in fundamentals. In contrast, fads need temporary and excessive enthusiasm. The key is to recognize that trends are safer than fads but they aren’t future proof (e.g. Polaroid, Blockbuster).

Sunset industries tend to be attractive by standard valuation metrics until investors factor in that by paying 12 times earnings for a declining business today, they may actually be paying 24 times near future earnings because profits can halve.

In the absence of trendy capital investment projects, companies with overvalued equity tend to turn to M&As to try and live up to unrealistic investor expectations. In most instances, the ensuing failure will fall into one of the following presets:

Once companies turn into serial acquirers, the accounting starts to get murky. What’s more, when debt enters the mix, things get a lot more treacherous. Especially, if executives start to chase new streams of revenue to maintain the illusion of earnings growth.

No company is immune from the fallout that will follow a failed transaction. As the patterns illustrate, overvaluation is rarely permanent and corrections rarely pleasant.

If overvaluation were a contained issue, limited to a single bubble, things would be simple. Unfortunately, it’s no longer a contained issue and things are anything but simple. What complicates things today is the impact of stretched central bank policies on asset valuations.

Whenever capital is in oversupply and low interest rates make high valuations seem reasonable, risk aversion is the first thing to evaporate.

When will investors concede that paying 25 times earnings isn’t a sensible strategy when central banks prep to shrink their balance sheets? In a world where geopolitical uncertainty is increasing in tandem with interest rates, U.S. investors are still banking on a tax bill that will never pass. Not only that, but consumer confidence is tied to a White House that is in total chaos and on collision course with a debt ceiling that can’t be raised.

Try to think of all the potential October surprises lurking below the surface ready to bubble up. There are a multitude of events that could wrap investors in a cocoon of horror. How comfortable would markets be with a surprise slowdown in growth? Or a washout in oil prices? Or China losing control of its fast and furious economic machine?

Prolonged zero interest rate policies and QE has changed the way investors value risk and assets which contributes to rampant overvaluation across asset classes. The one thing that’s one hundred percent certain – with no hedge – is that this feverish rally will end badly.

Ignore It at Your Own Risk

My issue is that whenever you encourage overvaluation and create a bubble economy of booms and busts, the ones that get hurt the most are the ones lacking the ability to ride out the ups and downs. Not just because they are less sophisticated but because their timing tends to be atrocious. Let’s remember that 1987 posted a positive twelve-month return, and yet, countless investors realized catastrophic losses as a result of the Black Monday crash.

Every time there’s a run-up in asset prices, the retail investor segment jumps in head-first without a care for valuations or downside risk. We all remember the tech stock day-traders of 1999 and the Miami condo flippers of 2006. Whenever the “easy money” narrative hits the news cycle and the party hats come out, it’s prudent to grab a chair while the music is still playing.

Needless to say, this time around there will be no safety net. In 2008, the Fed was able to double its balance sheet from $900 billion to $1.8 trillion in less than eight weeks to soften the edges of the financial crisis. Today, that is no longer an option.

Whereas you and I can absorb even the most severe corrections without impacting our long-term investment strategies, overvaluation keeps impoverishing the middle class and retirees drawn in by problematic policies. What are the odds that as huge numbers of baby boomers are approaching retirement, they’ll have the fortitude to stay in the market and ride out a sell-off?

My guess the majority will cut their losses at the worst possible time and opt to exit markets never to return again.

Overvaluation is more than just an economic problem. It has serious social costs and consequences that transcend financial markets. Still, there’s no upside or incentive for CEOs and regulators to complain that markets are overvaluing assets. Thanks to the spectacular growth in passive investing, even less so today, since it contributes nothing to price discovery.

There’s little mystery about the ultimate outcome. The market wants these issues to be imaginary. I want to be five inches taller. But neither one of us is going to get our wish.

This article was first published on Benevolent Hostility Review. 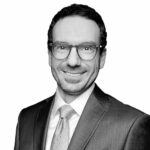